How to Make Compost I 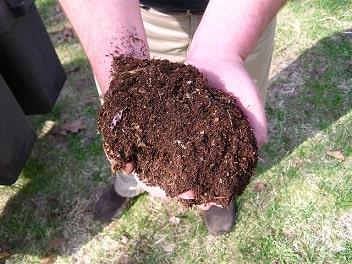 Compost is a mixture of soil, sand and humus-forming material. When you mix it, it is allowed to decompose for a certain period of time. In the process, weed seeds are destroyed and the number of friendly bacteria found in the soil increases.

You can create humus-forming material for the compost in many different ways. It may consist of animal manure, peat moss or other partially decayed material. A good compost will contain a lot of organic matter, which will help growing bacteria needed for plant food and also for aeration of the soil.

Compost is a great source of organic material in the soil and it improves soil lightness and workability. It also helps improving water retention of sandy soils and drainage in clay soils.

What Compost Is and Isn’t

In theory, you can compost any plant material or byproduct. You can also add any manure produced by a vegetarian animal. However, there are some preferences when it comes to creating compost.

It mainly consists of common plant material, such as fallen leaves, hay, straw, grass clippings, garden plants and feadheaded flowers. Another vital thing is manure. Common animal manures used to create compost are cattle, horse, chicken and rabbit. If you want to use horse manure it’s important that it’s throughly composted before use. If it’s not composted first, weed seeds in it may germinate and spread through your garden.

There are also some things you should never use in compost, such as:

How to Make Compost

The easiest way to go is to simply make a pile of acceptable materials and have it decompose. Start with bulky limbs on the bottom so the air can glow up under the pile into it. You should layer enough brown material on the top so they can cover the limbs. Make sure it’s about 6 to 8 thick. Spray this layer with water.

After this, add green materials in this 6 to 8 inches deep layer. After this, add a layer of soil. You may also add a bit of fertilizer if you want (10-10-10 works great), but this isn’t mandatory. Continue layering until the bin is full or you run out of materials.

After about two weeks, the content of the bin will have settled to about half their height. This is the time to introduce more air. Don’t worry about layering this time: the goal is to have good even mixture. If you have some new material, throw it in the mix. You can add table scraps to the bin: simply burry them to about 8 to 10 inches deep and cover them.

You can turn the pile as frequently as you want. It’s not necessary to do it every day, but make sure it’s more often than every six months. You need to give the bacteria in the pile time to heat and cool the pile. Turn it after it’s cool again.

Eventually, you will notice that there is more and more decayed matter and less recognizable material. Also, the pile will stop heating up. This is the sign that the compost is ready. If you wish to have an ongoing pile, however, keep adding more greens and browns to it and sort out what you want to use when you need it.

In case the compost starts to smell, keep an eye on the green materials. Too much will be too wet and it will smell foul without the air flow. To prevent this, it’s important to add more brown materials and make sure to disperse them evenly in the pile.