How to Plant Cucumbers 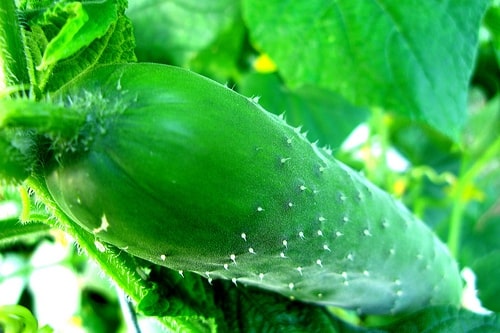 Cucumbers are popular and widely used vegetables. They are used in salads, for pickling, soups, sauces and more. Some people even use them in juicing. It’s not surprising many gardeners decide to grow cucumbers.

There are many different varieties, from “burpless” to those bred for pickling. Cucumbers come in many different shapes and colors: they are long, sort, round, green, yellow, even white. You can make sauces and cold soups with them, not the mention all the tasty salads.

Generally speaking, there are two types of cucumbers: vining types and bush types. Bush types, such as “Salad Bush”, “Bush Champion” and “pickle bush” can be easily grown in containers such as a 5 gallon bucket on a patio. If watered daily, just one plant can produce many cucumbers.

Vining types of cucumbers are suited to the raised bed vegetable gardens. Vining cucumbers usually need a trellis for support. It makes them ideal candidates for square foot gardens. It will make them climb up the trellis. It’s also possible to build a cucumber support which allows you to grow other plants underneath it, such as lettuce. The only downside to this method is that supports of this kind are usually not large enough to support full growing cucumber plants so they will still need a trellis upon which to grow or else they will spill over into the garden.

Planting Cucumbers in Your Garden

Cucumbers require direct sun and a fertile, moist soil with good drainage to thrive. These vegetables are not difficult to grow but you need to keep a few things in mind. Before planting, it’s best to work in lots of quality organic compost. This will help the soil retain moisture, which is very important for growing healthy and tasty cucumbers.

It’s important to know that cucumbers need a lot of room for the roots so you should never crowd them. Cucumbers like peppers so you can plant them in the squares just south of the cucumbers. In the front rows you can plant lettuce, radishes, carrots or herbs.