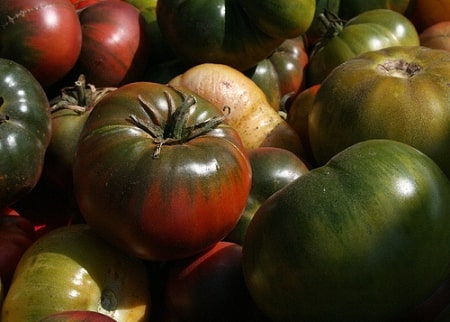 The term “heirloom” can be a very confusing one. After all, what determines if a plant is an heirloom? This question becomes even more confusing because most flowers in the current flower business are hybrids. There are only a few heirloom cut flowers people might encounter today.

Similar goes for vegetables. Many people don’t even check the seed bag when purchasing vegetable seeds look for an heirloom label. All people want are vegetables: peas, carrots, corn, lettuce, tomatoes, garlic, green onions, and more. Most people don’t even think about all the varieties and hybrid species they might encounter.

The truth is that there is a large variety to vegetables, and some of them are heirlooms. It’s more than a label – that can make a lot of difference for vegetables. Heirlooms are a much better choice and they produce the best results. It’s therefore not surprising that many gardeners want to grow heirlooms.

The problem is that there is no official definition of a heirloom, so it’s often difficult to know if you have an heirloom or not. Generally, speaking, a heirloom is an open-pollinated variety that has been handed down for at least 50 years. It doesn’t have a patent on it and it’s been handed down through generations. Also, some heirlooms are plants that have been crossed naturally, without human assistance, more than 50 years ago.

It’s not so complicated when it’s defined like this, but it’s important to understand that the term “heirloom” wasn’t even used until the 1980s, so this is why not so many people are familiar with the word.

On the other hand, a hybrid is a plant made when two different varieties are crossed. It doesn’t produce seed true to the parents. Also, landraces are open-pollinated plants that have adopted to their region.

To get the best results and to preserve seeds, you can make your own seed bank. Seed banks are genetic vaults, preserving plant genetic diversity.

Another common thing about heirlooms is the F label. It may seem confusing, but it’s easy to understand: F1 means the first generation of plants created by crossing two different varieties. F2 is the next generation.

Heirlooms (be it vegetables or other plants) are great for your garden. They are resistant and can easily thrive. Heirlooms are resistant to many pests and diseases (as long as you take care of the soil), so this is why they make perfect plants to grow.

Heirloom vegetables are ideal plants to grow. They come in many different flavors, tastes, growing habits and looks. They are also better for your soil and the entire planet. In fact, the main reason an heirloom is passed down through generations is because it’s proven to be good and make great food.

To maximize the results, it’s important to maintain plant diversity. It protects the crops from being wiped out by a single pest or a disease. This is why you should plant different heirlooms together in the same bed: it gives the best results.

Here are some quick details about heirlooms: