What Makes a Good Garden Loam? 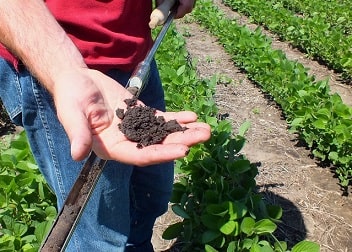 You will often read about special soil requirements for different plants and gardening needs. Reference is often made to different types of soils, such as “ordinary garden loam”, “good soil”, “good garden loam”, and the like. These terms can be potentially confusing to less experienced gardeners.

For example, it’s not unusual to see a recommendation to use “two parts of good garden loam” for your fuchsias. This is recommended as a good potting mix, so of course you wish to provide your plants with the best care. But what does “good garden loam” actually mean?

In a basic sense, garden loam is the type of the soil needed for producing the best crops of lettuce, carrots, beans, beets and other vegetables. Garden loam is also great for marigolds, zinnias and cosmos. So how do you get this type of soil and how can you recognize it?

This is the soil that had been long in the making. Ages ago, the sun and the wind, the air and the water made the disintegration of the Earth’s rocky crust. As the centuries passed, the soil formation continued, more rocks crumbled and made mineral soil. Plant and animal residue mixed with it, contributing to its organic part.

The soil became a living thing with the aid of microorganisms, such as helpful bacteria. There are many different soils that are created in this way, and a lot depends on the area where it’s made: forest soils are different than grassland soils, swampland soils are different than dryland soils, and more. This is in part because of the nature of the plant life above the soil, which in time will be added to the soil, and part because of the size and type of the rock fragments in the soil.

Another thing you need to know is that scientists use a number of terms to classify different types of soils. For example, clay soils have fine particles of disintegrated rock. This is a heavy, cold soil and it’s slow to warm up in the spring. At the same time, it can hold much water, which is a benefit during dry seasons. (It’s also harmful during wet seasons). This type of soil has to be cultivated after each rain or else a baked crust will form on top of it. If you work it while it’s too wet, hard, brick-like lumps will form on it.

Sandy soils, on the other hand, are known as light, warm soils, even though they are heavier than clay soils by the actual weight. These soils contain gritty rock particles that are much larger than particles in the clay soils. Sandy soils are easy to work and they warm up quickly in the spring, Sandy soils can be used earlier in the year for gardening and the helpful bacteria will begin their work sooner, so the plants will be ready earlier. A major disadvantage to these soils is that they don’t retain the moisture. Water pours through it easily and takes a lot of plant food with it.

This information is important for gardeners, because of the different types of soils that can be used in gardening and different properties.

So, what are loam soils? Loam soils are a combination of clay and sandy soils. If clay is predominant, then the soil is known as a clay loam; if there is more sand, it’s known as a sandy loam. The best garden loam contains about the equal amount of sand and clay.

A garden loam must be porous enough to ensure a good drainage and air circulation. At the same time, it should be spongy enough to retain moisture. This is ensured by using a garden loam with equal amount of sand and clay.

The Importance of Humus

Humus is very important for quality garden loam, for the reasons stated above. Humus is decomposed vegetable and animal matter. It is created naturally, especially in forests and grasslands where material such as leaves, grasses, twigs, weeds and other accumulate over time and decay gradually.

To make quality garden loam, it’s important to add humus to it. You can even create your own humus using material in your own garden. All plants (except diseased ones), as well as plant parts such as leaves should not be thrown away. It can be used for making humus. Well rotted manure added to a pile of organic material, as well as soil added in layers will keep the moist and speed up the process of creating humus.

When the material is well-decayed, you should spread a thick layer of humus over your garden. Mix it well with the top soil. Loam mixed with plenty of humus is what makes the best garden loam. This is what gardeners mean when they recommend “good garden loam”.